Bullet Blues is the best place to buy designer jeans and apparel made in America. Bullet Blues Custom Apparel, LLC embraces an American way of living. Combining superior quality and design with high-quality fabrics, Bullet Blues offers American made clothing that is comfortable, sophisticated and durable. From the denim fabrics to the final stitch, Bullet Blues proudly enlists 100% American craftsmanship and resources.

The women's collection includes designer jeans, chic tops, maxi skirts, dresses including casual and elegant little black dresses. Each piece in the collection is versatile, giving ladies the ability to effortlessly go from dressy to casual.

The men’s collection offers comfortable and durable designer jeans including skinny jeans, relaxed fit and boot cut denim 100% made in the USA. We offer the same uncompromising quality and style as for the women's line, and each pair of jeans is specially tailored to make men look and feel great. We now carry cool t-shirts and button-ups that are also made in Los Angeles. 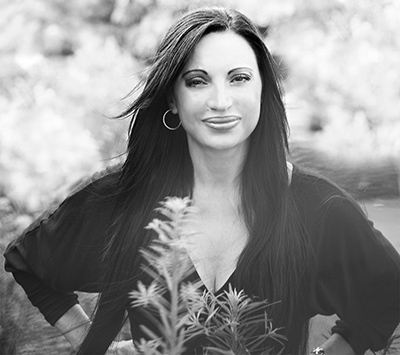 HOW THE NAME BULLET BLUES CAME TO BE

In 2010, I visited the American Cemetery and Memorial in Normandy, France. It is located in Colleville-sur-Mer, Normandy and it honors the American soldiers who died in Europe during World War II.

While there, my son and I also explored the battlefields of Utah Beach, Omaha Beach, Juno Beach, Gold Beach and Sword Beach.

We watched some films that explained the Normandy landings, code named Operation Neptune. They were so descriptive that we could almost feel the terror caused by bullets flying and massive explosions all around the brave soldiers.

Knowing just a small amount of what these men endured for our freedom made me proud to have become an American citizen. I still remember my grandparents telling us stories about the brave Americans who liberated France.

We heard many war stories, because both of my grandfathers were taken prisoner in Germany, leaving the women to survive alone with their children.

We visited the cemetery one more time prior to our departure. It’s an enormous facility covering 70 perfectly manicured acres – 9,387 brave men were laid to rest there. Most were killed during the Normandy landings, as well as the ensuing military operations of World War II.

It was, however, the grave of an unknown soldier that touched us most.

I recall my son Guillaume, who was 12 at the time, asking me why there isn’t a name listed on the cross. 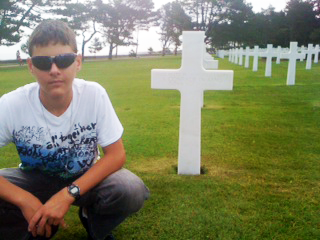 The cross reads “Here rests in honored glory a comrade in arms known but to God”.

My son and I discussed the soldier’s possible identity. What was his race? What was his religion? How did he die? His identity is a mystery, yet he should never be forgotten.

We knelt beside the unknown grave and prayed. In our hearts we knew these brave young men came to this foreign land to help free perfect strangers. They brought their courage, their rifles and their BULLETS.

When we established BULLET BLUES CUSTOM APPAREL, L.L.C., we wanted to honor the bravery and selfless achievements of these soldiers.

We decided to design and produce American-made clothing using only American-made materials. And, we named the company BULLET BLUES in hopes it would serve as a reminder of America’s exceptionalism and the brave soldiers who sacrificed themselves to keep it that way.